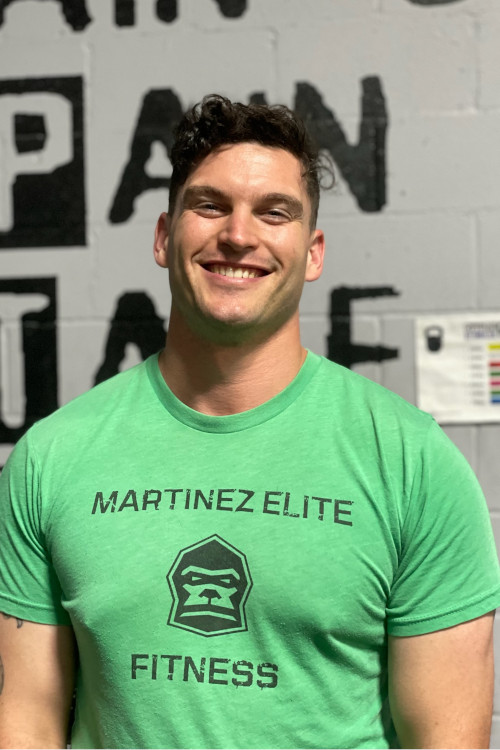 Chad was born in Southern California and Joined the Navy when he was 17. Chad was assigned to two different aircraft carriers and stationed in Sicily. He came to Virginia with the Navy in 2019.
Chad started CrossFit in 2015 in Port Orchard, Washington. When he arrived in Virginia he visited Stimulus and knew he had found his home. “Everyone was so welcoming and so inviting.” Nicole suggested that I try yoga and after a few sessions, I felt Amazing and started a regular practice of at least one yoga class every week.”

“After a year of regular yoga practice Kris, one of the Instructors, suggested that I become a Yoga Instructor. I signed up for the course and graduated as Certified Yoga Instructor in April 2022. I began teaching the Mobility class at Stimulus right away and enjoy helping others improve their mobility!”

1. What’s something I would never guess about you?
“I’m a massive Lego fan!”

3. If you could only eat one food for the rest of your life, what would it be?
“It would be cookies for sure! There are so many flavors, I could never get bored.”

4. How much would someone have to pay you to eat a live spider?
“It wouldn’t be much, whatever it costs for a dozen cookies from Crumble!”

5. If you joined the circus, what would your circus act be?
“I would be the animal handler for sure!”

Where do you want us to send our membership pricing information?

Fill out the form to schedule a free intro